The total of 66 species recorded during the month was the lowest June total (since records began) and the lowest of any month (since records began). The average June total for the previous ten years was 72.4 species. There were two species not recorded in June before; the long staying Cetti’s Warbler, last recorded on 14th, and the Barnacle Goose which flew east on 2nd. For the first time here, no Turnstones were recorded in June this year. Although summering totals have been low in recent years,  with a maximum count of 16 in the last four years, there were peaks of 126 in June 2010 and 95 in June 2013. June is always a quiet month but the prevalence of easterly winds may have contributed to the  particularly poor showing this year.

Sunny periods with a light NE wind. First returners were a Grey Wagtail in the brook by the sewage works entrance and a Green Sandpiper, possibly two, which flew SE from the brook and later flew north. Four Curlews flew west. A Grey Heron resting on the beach from mid-morning was the first here since April.

A good morning for butterflies with a Marbled White zipping by the Obs (our first for four years) and a Painted Lady pausing briefly there; both new for the year. A Rabbit was feeding on the grass by Lang Court; nobody can remember seeing one at this site before! 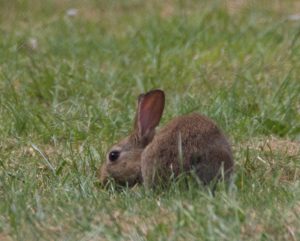 Cloudy, moderate easterly wind. One Gannet flew east, one Curlew flew west and another two lingered on the beach. Six Teal landed briefly on the water’s edge by the Obs before continuing west. Only our second June record of this species in the last 12 years. There were 46 Carrion Crows on the football pitch awaiting the arrival of the corvid food bank. 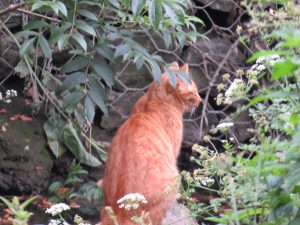 Now where have those ducklings got to?

An adult Cuckoo was in the scrub, a Hobby flew west and there were five Little Egrets in the area.

Our first Narrow-bordered Five-spot Burnet Moth was in the scrub and two Comma butterflies were the first seen since April. 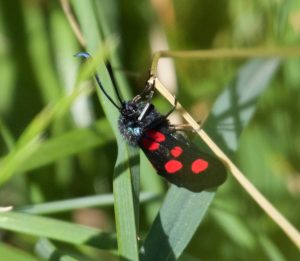 Sunny, calm and very warm.  Two flocks of six and ten Curlews flew west and a single Lapwing and Yellow Wagtail also. 12 Swifts flew west and a Great Spotted Woodpecker circled over the promenade before dropping into trees behind the caravan park. 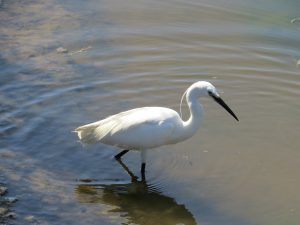 Sunny, calm and warm. Two Gannets flew east and there were more waders today with seven Oystercatchers east and 13 Lapwings and a Curlew west. A Hobby flew west close by the Obs and a Great Spotted Woodpecker  (on a typical first date for post-breeding dispersal last noted in March) flew along the east bank.

A good day for butterflies with our first Large Skipper of the year plus Red Admiral, Small Tortoiseshell, Small and Large White,  Small Heath, Meadow Brown and Holly Blue. A Common Lizard, favourite food of the local Kestrels, was seen in the scrub. 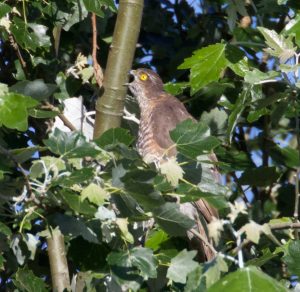 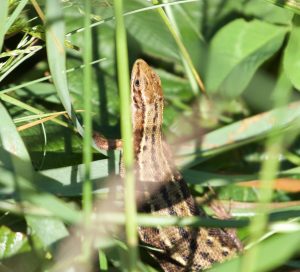 Sunny with a fresh NW wind. Not the weather we want until about August! Two Gannets flew east,  a Curlew flew west and our eight singing migrant Reed Warbler of the “Spring” was near the scout hut.

Cloudy, moderate southerly wind. Four Curlews and an adult Mediterranean Gull flew west but an adult Common Gull in breeding plumage was more unexpected. A Yellow Wagtail flew west and there were five House Martins feeding over the beach.

A Cinnabar moth was the first noted here this year. 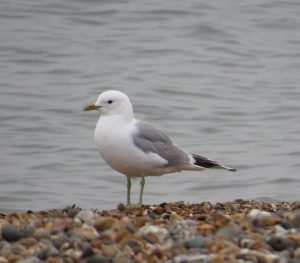 Cloudy with a moderate SW wind. An immature Gannet flew east, a Whimbrel, heard calling, was drifting east, a first-summer Mediterranean Gull flew east and parties of five and two (mostly adults) flew west. A second brood of Mallard (seven ducklings) were along the upper brook.

Sunny periods, a light southerly wind and warm. Curlews were on the move today with 13 flying west and another two resting on the tidal ponds. Two Hobbies, flying west over the churchyard and the Obs, were only the second and third this year. Two Common Terns resting on the buoys offshore were noteworthy only because of their scarcity here this year. Another movement of Swifts with 20 passing through during the morning. The Cetti’s Warbler, first recorded here on 21st April,  was not heard today. Time will tell if it has just gone quiet or departed.

Cloudy with a fresh southerly wind. Bird of the day was the hepatic female Cuckoo which put in its first appearance since 11th May. Two Curlews flew west and 16 Swifts (presumably a feeding movement) also heading west was the highest count so far this year. An adult Moorhen in the sewage works was our first sighting seen April but this is likely to because they have become very elusive.

Sunny with a light southerly and warmer. A change in the weather but not in our fortunes. One Fulmar flew east, two Shelducks flew west, one Oystercatcher was the only wader and two Sandwich Terns fed close inshore. 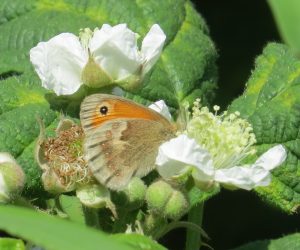 Cloudy with a moderate NE wind and cool. A Curlew on the beach by the Obs was the first returning wader. A Canada Goose flew east close inshore. The brood of seven ducklings were again seen along Coot Strait and a Magpie was feeding two fledged young along the   east bank.

Butterflies noted were Small and Large Whites and Common Blue. 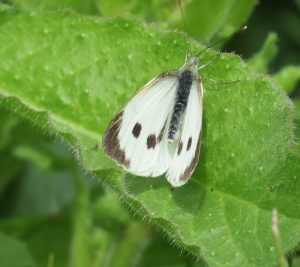 Cloudy with a light NE wind. Ten Gannets flew west and four flew east. An immature Mute Swan flew west over the sea. So we are still waiting for a change in the weather or season!

A Common Blue near the Obs was our first new butterfly for the year since Green-veined White on 19th April. A Silver Y moth and a Thick-thighed Beetle were also seen. 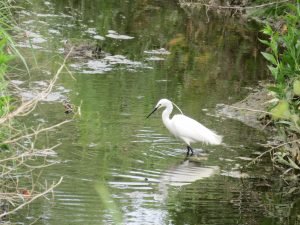 Cloudy, fresh NE wind and cool. One Fulmar flew SW over the area whilst 62 Gannets east was the highest count of the year. A  Grey Plover flew north by the Obs. An  adult Common Gull on the beach was unusual as, typically, only first-summer birds are seen at this time of the year. A duck Mallard with seven ducklings in the brook were the first brood seen this year. A Reed  Warbler was singing along the east bank.

Cloudy, misty at first with a light NE wind and cool. 10 Sandwich Terns flew east close inshore early in the morning. 25 Gannets flew east. There were two Shelducks on the beach and two Little Egrets on the beach with one on the Marsh Pool. Six Lapwings flew north out over the sea.

A quiet morning, and with news of a Black-winged Stilt at Oare Marshes, an early departure was called for. 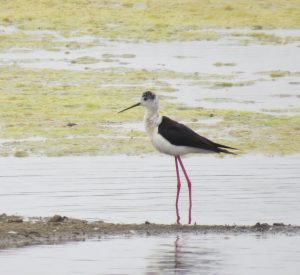 Sunny and warm. Three Gannets flew west and eight flew east. A Barnacle Goose flying east over the sea was our second record of the year and a first for June. There were two Shelducks on the shingle ridge and six flew west and  a party of 23 Common Scoters flew east. Eight Oystercatchers on the beach were the only waders seen and there were four Great Black-backed Gulls on the beach. Seven Swifts and two Swallows flew west and our first juvenile Pied Wagtail was on the beach and the football pitch.

Butterflies were represented by Small Whites, Holly Blues and a male Orange-tip. In the ten years or so I have kept records this is the first June record of Orange-tip (all previous records have been in April and May). Andy Taylor found a new moth for the site in the form of Alabonia geoffrella . 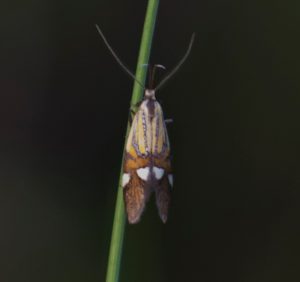